Uttarakhand was carved out of Uttar Pradesh and given an independent status as the tenth Himalayan state and the twenty-seventh state of the Indian Union on 9thNovember, 2000. Uttarakhand is primarily a mountainous state with only about ten percent of its total geographical area in the plains. Of the thirteen districts, Nainital, some parts of Dehradun, Udham Singh Nagar and Haridwar are in the plains, rest of the areas of Uttarakhand are hilly.

It is the stark geographical disparity between the hills and the plains of Uttarakhand that divides the state most critically. Hence improved mobility and accessibility is crucial for people belonging to such remote areas. Transportation and connectivity till date proves to be a challenging and daunting task, however, it has been steadily improving over the years. 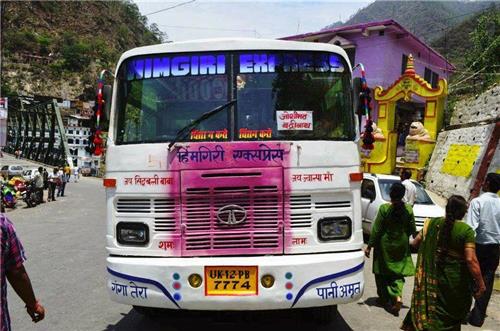 This state road transport corporation remains to be the major part of the transport department of Uttarakhand. It is also recognised as the ‘Uttarakhand Transport Corporation’. The State Road Corporation is an autonomous body. While the managing director is the executive head, it is directed and managed by a Board of directors. This body is headed by the Chairman and consists of 5 to 12 Directors. The appointment of the Directors is done by state government.

Mr. Surendra Rakesh, is the current minister of the Transport Department of Uttarakhand. The motto of this department is to provide adequate, efficient, co-ordinated, economic and comfortable journey to the people.

This was established and began functioning on 31st October, 2003, under the Road Transport Act,1950. Currently, this corporation runs about 1143 buses on 35 nationalized routes, which is of utmost importance. It caters to around one lakh passengers each day. Multitudes of pilgrims, tourists commute through these buses. It also runs around 3000 buses that operate between non-nationalised routes. Few inter-state and local services are also undertaken by these state-run buses. This remains to be the main mode of mobility for the locals. These buses are packed with pilgrims and tourists all through the summer months. The buses range from a Volvo, Deluxe, air-conditioned, ordinary to mini and standard buses, which operate both interstate and intra-state.

2011-12
To commute locally, auto rickshaws, rickshaws, jeeps and private cabs are available. It is a well known fact that the difficult terrain and topography of the region proves it difficult to access most of the remote areas due to lack of proper roads and approach, the local villagers even now walk miles to their required destinations.

The focus of the transport department has been to address problems with regard to connectivity, particularly of remote and inaccessible areas located in the mid and outer Himalayan ranges. It strives for the development and improvement of road networks, that provide inter and intra state connectivity which attains paramount significance for effective growth of the region. 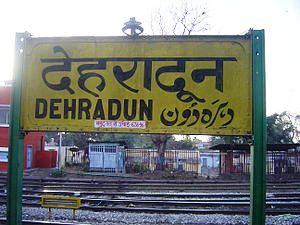 The expansion of railways beyond the Himalayan foot hills comprising mainly the districts of Dehradun, Haridwar, Udham Singh Nagar and Nainital remain unfeasible and practically impossible. Since most of the terrain of Uttarakhand consists of hills, the railway services are limited. The total length of railway tracks is about 345 km. Uttarakhand has 6 rail heads which include, Dehradun, Kathgodam, Rishikesh, Kotdwar, Haridwar and Ramnagar.

Dehradun railway station: Dehradun is the major station and is the last railhead for Uttarakhand. The trains from major cities like Delhi, Chennai, Kolkata etc. connect to Dehradun.

Click Here to Read about the Railways Stations in Dehradun

Kathgodam railway station: Kathgodam is considered as the “Gateway Of Kumaon hills”. It is an important railway head and the last terminus of the broad gauge line of North East Railways. It connects Nainital with Delhi, Dehradun and Howrah line from Bareilly. Uttarakhand Sampark Kranti Express and Delhi Kathgodam Express are two important trains connecting the Capital with Kathgodam.

Haridwar Railway Station: It falls under the Moradabad division of the Northern railway Zone. This junction is connected by both meter gauge and broad gauge. It is one of the most important railheads of Uttarakhand. It is thronged by multitudes of pilgrims.

Kotdwar Railway station: This station proves to be a main entry point to the state of Uttarakhand. It has trains running from the capital.

Ramnagar Railway station: This station is located about 65 km from Nainital. It has direct rail links to Delhi, Moradabad, Kashipur, Varanasi, Lucknow and Raebareli. The railway line was extended from Moradabad to Ramnagar in 1907 during the British Raj.

Uttarakhand has many airports and airstrips, out of which few are functional. 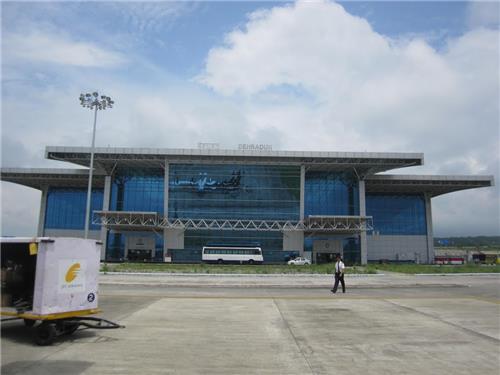 Jolly Grant Airport in Dehradun, is the main and the busiest airport in the state with daily flights to Delhi Airport.

Pantnagar Airport: A domestic airport situated in the state of Uttarakhand. This airport is operated by the Airport Authority of India. With the length of the runway increased, it can now accommodate bigger aircrafts.

Bharkot Airport: This airport is a local private jet airport. It is also known as the Chinyalisur Airport, situated in the Uttarkashi district. It is at present used by the Indian Air Force, owing to its strategic placement and proximity to the border.

Gauchar Airport: This airstrip, has gained importance and been in the limelight for its crucial role played in the rescue missions during the floods, in June 2013. This has been under construction since 1999.

The Uttarakhand State is undeniably working towards strengthening the existing road network across the state. Measures are being taken to develop infrastructure along with the balance between the need for connectivity and the need for environmental conservation. It is also working towards development of a network consisting of major and minor roads together with low cost rope ways, connecting villages and agricultural areas to the cities.