Emergency and Utility Services in Uttarakhand

Emergency and Utility Services in Uttarakhand

It is extremely important that a nation is not only prepared but proactive and organised to forecast, react and have mitigation measures in place to avert and handle emergencies. Natural and manmade disasters are inevitable part of existence, hence, specialised departments and agencies are deployed to handle disasters such as fire, accidents, earthquakes, floods, endemic diseases and more. Proper infrastructure, electricity, water facilities, banking, telecom service, sewage facilities, health service and postal service make the life of people a better place to live. The Uttarakhand government, through various departments, ensures it provides all these services to its people without any disparity.

Let us explore the various emergency and utility services available at Uttarakhand, which operate to handle both the foreseen and unforeseen circumstances. 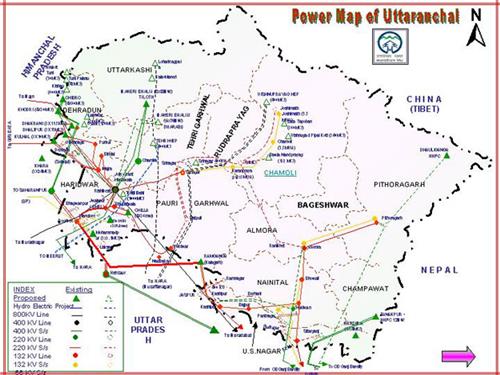 Electricity has always been a boon to humankind. It has revolutionised every walk of our lives and become an integral part of the society. The Uttarakhand State Electricity Board, ensures quality and reliable power supply to about 1.59 million customers of the region. It has separate wings responsible for generation, transmission and distribution of electricity.

The Uttarakhand Jal Vidyut Nigam Limited (UJVNL), formed on 9th November, 2001 is responsible for the generating and harnessing hydro-electricity in the state. Tapping of renewable energy plays a vital role in resolving energy crisis both in rural and urban areas. It has around 33 operational projects, with 14 of them in different stages of implementation. Uttarakhand with an immense potential for Hydro-electric power generation also acts as a catalyst for the economic development of the state.

The Uttarakhand Power Corporation Limited (UPCL), is responsible for distribution of electricity over the 13 districts of the state. It was incorporated on the 12th of February, 2001. UPCL caters to the sub transmission and Distribution Secondary Substations and Distribution lines 66 KV & below in the State.

The Power transmission Corporation of Uttarakhand Limited, is the State power transmission utility, which focuses into the transmission facilities. This was formed on 27th May, 2004. This wing is responsible for acquiring, operating, maintaining and construction of high, medium and low transmission lines and the substations of the State.

The laws, rules and regulation, protection of the consumer’s interest and ensuring no disparity in the supply to all areas is taken care by the Uttarakhand Electricity Regulatory Commission. It was constituted by the government on the 1st of January, 2002. The functions range from determining the tariff for generation, supply, regulating electricity purchase and procurement process to enforcing standards.

The importance of having a robust finance network, savings, loans and investment plans need no deliberation. Uttarakhand houses a number of banks and financial institutions for the same purpose. It has many commercial, co-operative and rural development banks. With most people of the region depending on agriculture as their livelihood, many schemes for financing, dairy development, development of waste lands, agricultural and rural schemes are in place.

Banks play a pivotal role for the development of any region and nation as a whole. Liberalised approach for loans to farmers and saving schemes make it easier for the people belonging to the rural areas also move to a better economic plan.

Initially, Dehradun remained as the state’s only municipal corporation body, but at present 5 more of them have come into existence to cater to the demands of the growing needs. Haldwani, Haridwar were later upgraded followed by Roorkee, Kashipur, and Rudrapur which have also been granted the status of municipal corporation. It is locally known as the Nagar Nigam. The role and responsibility of this body includes birth/death registration, sanitation, road development, grievances registration, notification of tenders, renewal and permits for vendors and buildings, etc. In all, they work effectively for the smooth functioning of the region and its people.


Apart from the postal service in the State, there are many private-run courier services like Blaze Flash, First Flight, DHL Worldwide Express, Blue Dart Express and The Professional Couriers

Uttarakhand has a well-developed communication system. The state is equipped with about 454 telephone exchanges. BSNL remains to be a major service provider with almost 397,755 telephone connections and 492,972 mobile connections. Apart from this there are other service providers, few of them being Airtel, Vodafone, Idea and Reliance.

The primary role and responsibility of the fire department is not just restricted to attend to fire incidents, prevent, create awareness on fire safety, it also caters to other emergencies like building collapse, traffic accidents and at times even animal rescue. The fire service is a branch of the Uttarakhand Police Department.

List of fire stations across Uttarakhand and phone numbers:

The Uttarakhand Health and Family welfare society and other private hospitals, ensure adequate supply of safe blood through a network of 24 licensed blood banks and 9 storage units. It also promotes and organises voluntary blood donation camps and various sensitization programs related to safe blood transfusion methods. Here is the list of state government, central government and private blood banks, which cater to the needs of people even to far-flung areas.

Ambulance services are provided by Uttarakhand Government, many private hospitals and private agencies across the State. Ambulances are well equipped to attend to any medical emergency. Provision of timely medical assistance results in saving many human lives. Boat Ambulances and Air ambulances have also been deployed to attend to the emergencies in remote areas.

Uttarakhand being a hilly area, is often seen enduring the most of nature during monsoon and extreme weather conditions. The state's operational readiness in tackling the emergency situations and restoring normalcy remains to be a daunting task. These Emergency and Utility wings work in perfect symbiosis to put the society back on the right track.